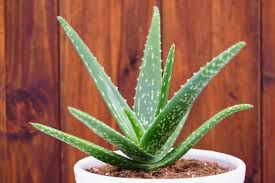 When most people think of Aloe, they think of the soothing properties it contains in topical form applied to one’s skin. In fact, aloe has anti-fungal and anti-bacterial properties, which help bring relief to such things as insect bites, acne, sunburns, rashes, and other topical conditions. The plant doesn’t contain just one profound ingredient, but many. It is no coincidence that the plant has been used since ancient times for medicinal use.

Ingesting aloe juice is known to help with stomach ailments, and to aid as a laxative. But, ingesting it may prove to help in other areas as well. In an analysis at the University of Exeter in England, patients experienced a lowering of blood sugar levels by as much as 44 percent after ingesting two tablespoons of aloe gel for six weeks.

In a study performed at the University of Texas, lab rats were given a 10% greater life span by ingesting aloe. The animals showed lowered occurrences of various diseases including arterial thrombosis and leukemia. In addition, no adverse side effects were found.

Some people find the taste of aloe to be a bit sour. A common way to drink aloe in the Far East is to add a splash of fruit juice, a squeeze of lemon and a spoonful of honey for a delicious drink that is great for your health. It is advised to consult your doctor or other health professional before starting aloe for treatment of any condition.