The Healing Power of Ginger 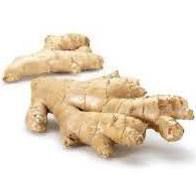 The root of the ginger plant have been used for thousands of years. It has been widely used in the Far East for its many healing properties. The Greek philosopher, Pythagoras, was a major proponent of its uses. It is even said that King Henry VIII used it to protect against the plague.

Ginger is known to aid in the circulation of blood. Research at Cornell University found that ginger had a positive effect on high cholesterol, and also helped blood clots in similar ways to aspirin. Danish researchers are even finding that its active ingredients that aid in circulation also help such conditions as arthritis and migraines.

One common use for ginger in Asia is its relief for the human digestive system. It is known to control nausea, motion sickness, and heartburn. As a digestive aid, ginger is often used in the relief of stomach ailments. Studies have even shown a marked benefit in the use of ginger to control morning sickness.

In addition to helping combat colds and the flu, new studies show ginger aiding in cancer treatment. The University of Minnesota’s Hormel Institute at Austin conducted studies on mice, and uncovered some astounding findings. Gingerol, an active ingredient in ginger, was given to mice suffering from bowel tumors. The mice treated with gingerol lived longer than the control group, and saw a significant lessening in the size of the tumors. Dr. Anne Bode states, “These results strongly suggest that ginger compounds may be effective chemo-preventative and/or chemotherapeutic agents for colorectal carcinomas.”

Fresh ginger is always best, and drinking an ounce of it straight from the juicer proves to be the most effective method for ingesting. It can be found at many health food stores, but if you have a juicer at home, try juicing it yourself for a surprisingly, distinctive taste of pure wellness.